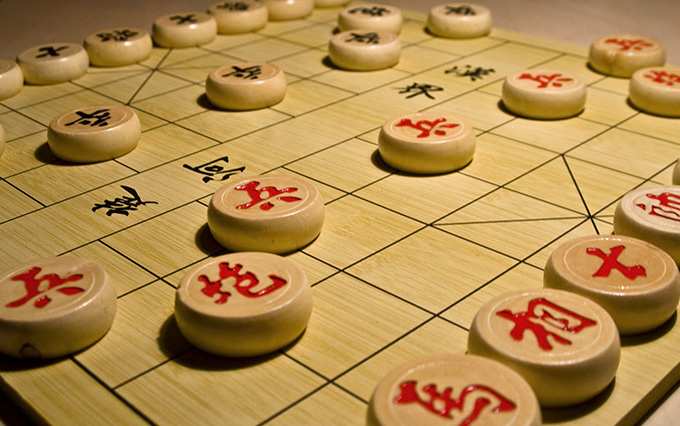 1. Guiding ideology and purpose: The chess culture is the crystallization of the Chinese national culture, and it still shines brightly and is loved by the public. In order to enrich the amateur cultural life of employees and provide employees with more opportunities to show their talents, the company will hold the first chess game.

Employees of the company will be eligible for the competition after they apply for registration.

The registration deadline is from September 27 to September 30 at 18:00.

9. Registration method: [**]ll participants are requested to register at Miss Liu at the front desk of the Personnel Department during working hours during the registration period.

10. Competition principles: In chess, the side with the red chess moves first (the player guesses the chess), moves without regret, follows the principle of "friendship first, competition second", pays attention to chess style, chess morality, game style, and competition level.

11. Chess Rules: During the game, if one side has one of the following situations, even if it loses, the other side wins:

(1) The handsome (will) is "checkmate" by the opponent;

(2) The commander (general) is "general" and inevitably faces the opponent's general (commander) directly;

(5) Playing chess violates the prohibition and should be changed but not changed;

(6) In the same game, the third "violation" occurs unilaterally;

(7) Declaring his own defeat;

One of the following situations occurs during the game, even if it is a draw

(1) It is a situation in which it is recognized in theory that neither side is likely to win;

(2) It is proposed to make peace with equal opportunities for both parties. [**]s long as one side makes a draw and "draws a draw", either side can propose a draw. [**]fter reviewing that the situation is true, even if the other side does not agree, the referee has the right to judge a draw. In the case of continuation, the referee has the right to decide a peace without the consent of both parties; but if the law of action has nothing to do with the above-mentioned repeated cycle, it cannot be dealt with in accordance with this paragraph.

1. The men's Chinese chess competition adopts a big round-robin competition. Everyone meets, and the winner is determined in one round, 2 points for winning a round, 1 point for Japanese chess, 0 points for losing a round, and the final score is based on the level (how many) of the points. ;