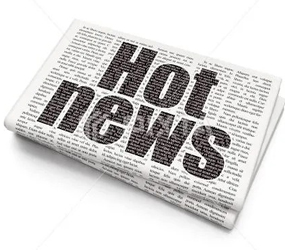 What are the processing methods of Shenzhen rapid prototype?

The prototype model is also called the first board, that is, the first model of the product. As early as the 1970s, Hong Kong began to have rapid prototype, and it was named "shouban" because it was mainly made by hand in the early days. In fact, it is more accurate to call it the first board. In the late 1990s, especially in recent years, my country's economy has developed by leaps and bounds, the rise of industrial design, and the prototyping industry has begun to rise. Shenzhen Baoan is a global civilization for hardware and mold processing, and Shenzhen prototyping is gradually becoming a global civilization.

Although the prototype is small, its function is very large. One is to reflect the design thinking, the second is to display the exhibition, and the third is to test the mold structure. With the appearance of the prototype, the cost of the mold is greatly reduced, and the product has a very large role in the mold method. ,Before opening the mold, it is very necessary to make a prototype to check the mold drawing.

The early prototypes were limited by various conditions, mainly in that most of the work was done by hand, which made the prototypes made with a long construction period and it was difficult to strictly meet the size requirements of the appearance and structural drawings. Therefore, it is necessary to check the appearance or The function of structural rationality is also greatly reduced.

With the advancement of science and technology, the rapid development of CAD and CAM technology has provided better technical support for the manufacture of prototypes, making it possible to achieve higher accuracy of prototypes. On the other hand, with the increasingly fierce social competition, the speed of product development has increasingly become the main contradiction of competition, and prototype manufacturing can effectively improve the speed of product development. It is in this situation that the prototype manufacturing industry stands out and flourishes as a relatively independent industry.

The processing methods of Shenzhen rapid prototype are divided into: 1.CNC processing 2.SLA processing 3.Vacuum complex mold. Shenzhen Xiehe rapid prototype Model Co., Ltd. has complete craftsmanship, professional prototyping, and sincere design. Welcome to visit our company to learn more about the craftsmanship of prototyping. We believe that with our joint efforts, we can solve the structural design and new products for you faster Development of technical improvements and product verification issues to achieve win-win cooperation!

2022
6 Tips for Getting Started with Efficient CNC Machining Programming

2022
What is the significance of the stage division of the cnc processing plant?